(In Vietnam Journal of Family and Gender Studies, Dec2007, volume 2, number 2, from p 24 to p38)
Dang Thi Van Chi
In the early 20th century, as a result of two campaigns of colony exploitation by the French colonialists, there were important economic, social and cultural changes. These were important and necessary basics for the reception of bourgeois democratic thoughts from outside and the establishment of new trends in revolutionary propaganda. Along with these changes, the increasing presence of women in factories, plantations, and mines participating in socialized forms of labor brought about by capitalist methods of production and the emergence of a class of women intellectuals (teachers, journalists, writers, poets, etc.) caused women to become an important social force, attracting the attention and efforts of all contemporary political trends.

1. Political background and viewpoint of the Vietnamese Communist Party(1) about the role of women in the national democratic people’s revolution.

3. Revolutionary newspapers and propaganda leaflets - an effective means of propagandizing and mobilizing women

When the Vietnamese Communist Party was first founded, it accurately assessed the important role of Vietnamese women in the revolutionary movement. Women were enlightened and drawn into most of the struggles led by the Party. Many women were leaders in strikes and demonstrations showing strength. Many actions by women became the catalyst for larger movements like the Xo Viet Nghe Tinh movement, etc. Women were always present at demonstrations, strikes for demands, demanding freedom and democracy, freedom of trade union, protesting colonial reactionaries, etc., in the 1936-1939 movement of democratic mobilization. Especially, in the 1939-1945 movement of national liberation, women played an important role in the pre-uprising struggle as well as the general uprising of the August revolution. The victory of the August revolution affirmed the correctness of the Vietnamese Communist Party’s policy of mobilizing women, which was to clearly perceive the essential role of women and to inspire and mobilize the patriotic tradition of fighting foreign aggression in the historical spirit of “When the enemy comes to the home, even the women fight”. The victory of the August revolution was also the victory of closely linking the objectives of liberating the nation, liberating the classes and liberating women; it was the victory of using newspapers and revolutionary propaganda leaflets effectively. Meanwhile, the victory of the August revolution also expresses that the Vietnamese Communist Party’s policies about women fulfilled women’s aspirations in a way that was compatible with our nation’s tradition of respecting women.

Notes
(1) The Vietnamese Communist Party, founded on 3 February 1930, was renamed the Indochinese Communist Party in October, 1930.
(2) This is an informal way to refer to the work of changing toilet-bins in the city previously.
(3) Meaning Lenin, Lepneck and Luxemburg 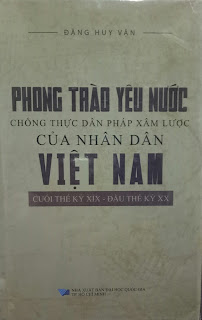 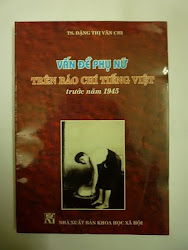